Sources show that over 99% of abortions are not from rape victims (1,2 and 3). See the screenshot of a modest Google search for top results: 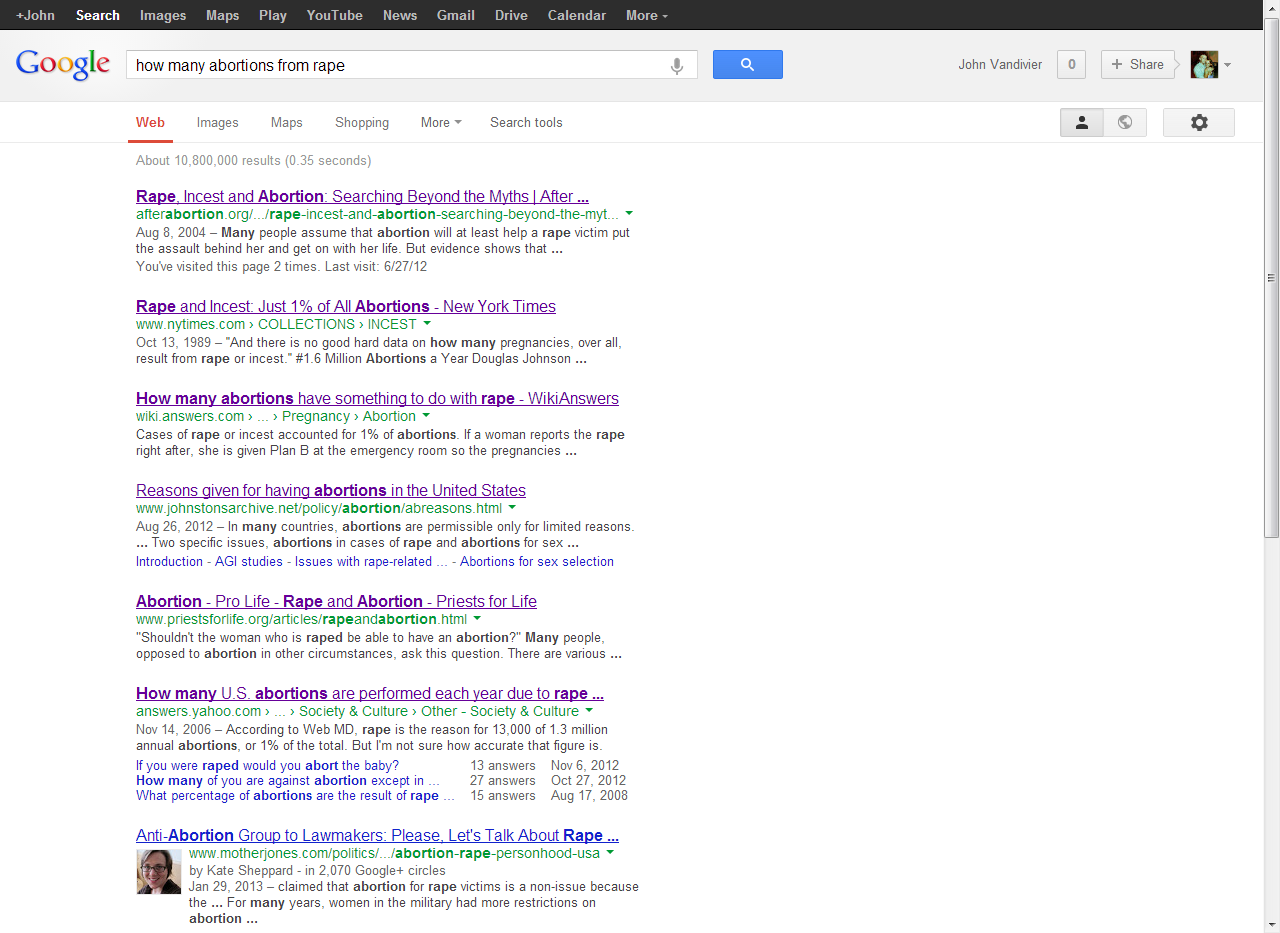 Rape also rarely, about 5% of the time to be precise, results in pregnancy due to rape’s wide definition encompassing attempted rape and also all kinds of sexual acts which cannot result in pregnancy. I won’t be detailed but you can imagine. Even women who were raped and had a pregnancy result still choose not to have an abortion 75-85% of the time. Perhaps this is because they understand that although they have been through hell and back, their pregnancy is nonetheless still a live human being. Committing murder of an innocent does nothing to hold the rapist accountable, as this article points out.

Of those who don’t die and are able to respond to surveys, about 94%* regret their abortion for various reasons. Sad as it may be for those 6% of 1%, it would benefit the millions of unborn babies as well as the hundreds of thousands of traumatized regretful post-abortive women if abortion was simply absolutely outlawed. It is legally irresponsible to allow abortion, even for rape.

*UPDATE: Looks like that 94% is derived with selection bias. Time sites a recent study claiming 95% of women don’t regret abortion. Hm. Is that better or worse? 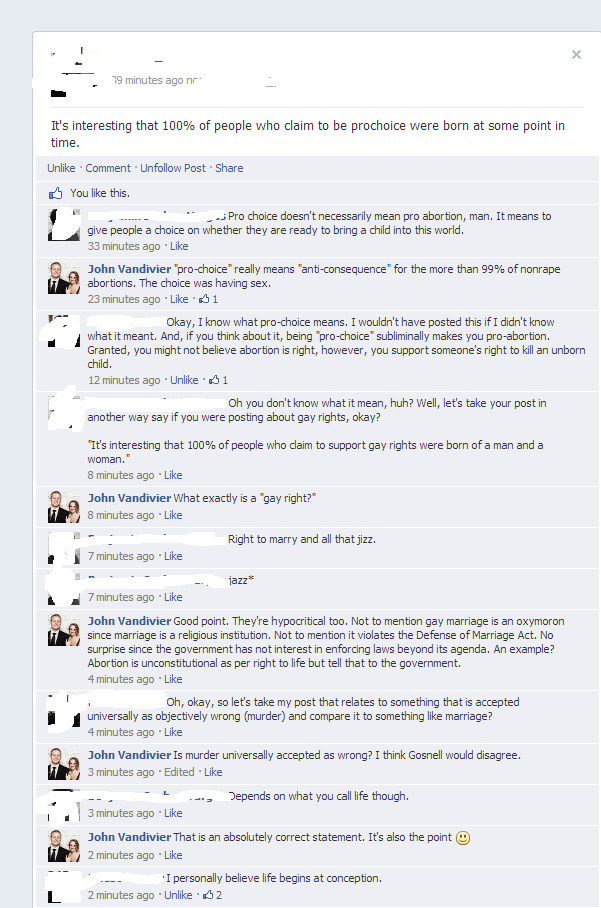 One strong point raised is that the term “Pro-Choice” is a misnomer from the get-go. Another point is that to refute the Pro-Life argument you must not see an unborn baby as a human which takes some kind of foreign and morally bankrupt thought process. Perhaps this explains the tiny fraction of women who don’t regret abortion. They don’t have a morally coherent thought process. In the conversation you can also see the leftist ideology clearly emerging as the Pro-Choice arguer brings up the similarly leftist and morally bankrupt idea of homosexuals being able to marry.

Don’t even get me started on the international trends such as China’s forced abortion or India’s extreme sex-selective abortion.

In conclusion, I hope this article has convinced you that abortion is wrong and should be outlawed. If my points didn’t convince you perhaps Beyonce will. If she doesn’t then perhaps you may need some of the grim details of what exactly an abortion entails, according to testimony heard in the recent Gosnell trial for example (Tldr: “It was literally a beheading”). Note that Gosnell was later found guilty of several counts of first degree murder of babies. Lastly, if that doesn’t convince you, perhaps these women will:

1 thought on “Yet Another Pro-Life Article (What About Rape?)”