Among the many examples of real-world miracles we can point to, I have just discovered another: A pro-Christianity YouTube video which not only survived r/atheism, but it did so while bashing Bill Nye and advocating Creationism!

Here’s the video, which basically makes a transcendental argument for God from the existence of numbers. You could call it the argument from math:

Other transcendental-type arguments for God include the argument from morality and from argument.

At the time of writing, the video had arrived on the front page of r/all with 5200+ upvotes and still trending.

A key point of surprise is that the comments section isn’t full of hate, and atheists/agnostics are even granting the point and upvoting comments in favor: 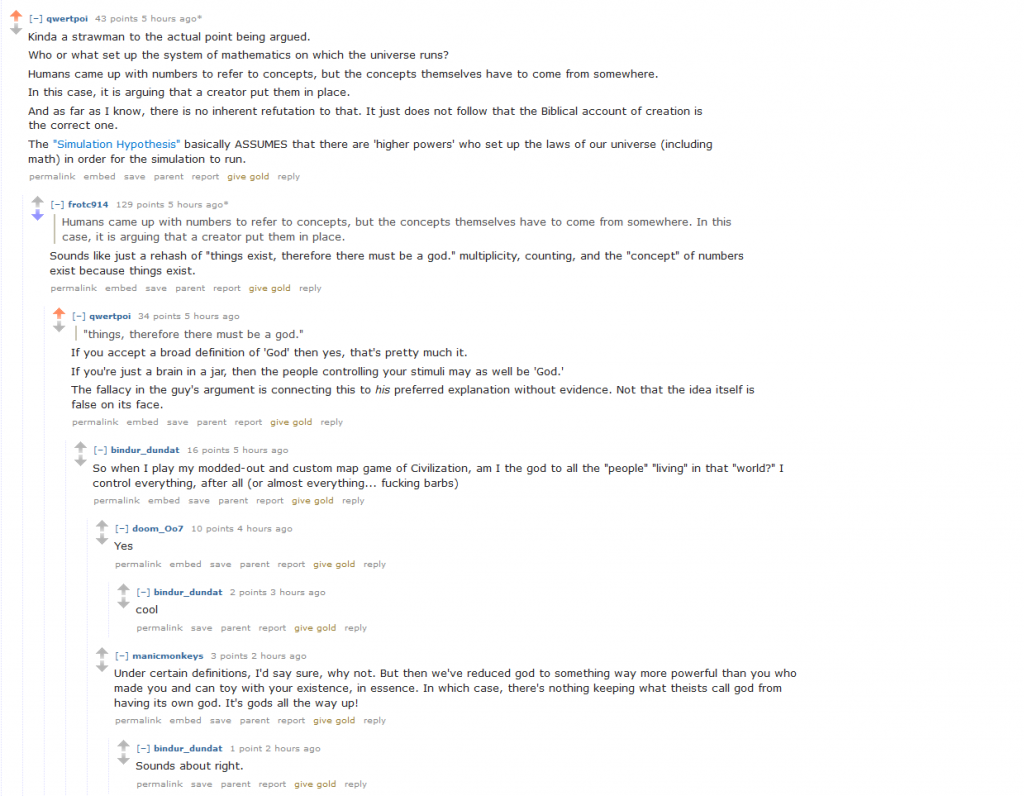 Click the above image to visit the thread page on Reddit. Interesting point about the simulation hypothesis. I replied to the “gods all the way up” as follows:

It needs to be finitely up, not infinitely up, or else existence never happens. So call the one at the top God.

I think it’s helpful for theists to have several diverse arguments anyway in order to build a more robust understanding of God. The numbers thing just establishes a few properties.