This article will address a couple of red-herrings often employed as rhetoric, rather than logic, in argument. So we can get back to logic.

1) “Something something, flying unicorns.” 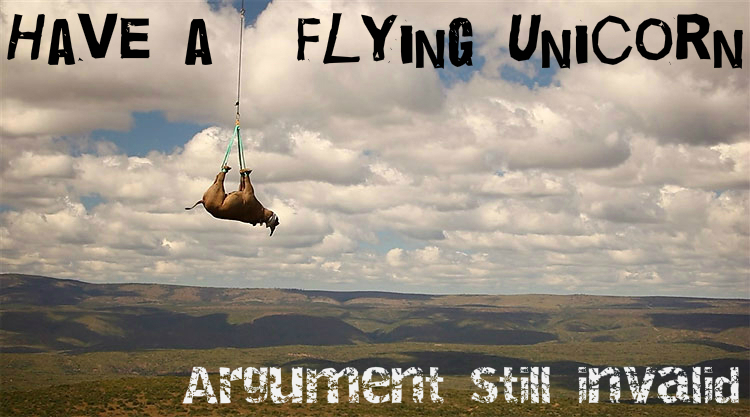 2) “So and so earned a Nobel Prize (or other comparable thing) and therefore knows better than you.”