This article deals with ways to improve certain weaknesses in the way mainstream science is usually practiced these days.

The way mainstream science works in many fields these days lends itself to the generation and perpetuation of scientific cronyism. First I will give a thumbnail sketch of how I see it working, then I will explain what I mean by scientific cronyism and lastly I will give several ways on how we can either improve or remove this system.

The peer review system is central to the way mainstream science works these days. If you want to publish a paper in a peer reviewed journal you must go through years of indoctrination into the mainstream mindset in order to get a PhD from an education system which everyone from Google to myself have widely documented is a piece of garbage.

As you might suppose, that process does not usually lend itself to genuinely innovative and outside the box thinkers. The few who make it through are combated through several other measures. Editors of journals lean highly toward the mainstream line of thinking and the need for peers to approve a paper increase the likelihood that only mainstream views get through. The end result is two more powerful filters against innovation and toward the status quo. Here’s one of a multitude of articles which supports my statements.

Then there is the big one. One of the biggest reasons for all of this manipulation is power, most significantly money and political power. The large driver of scientific work is without question research grant money. It comes in public and private flavors and it can either go directly to research organizations or it can flow through the journals. There is a useful leakage of a small portion of this money into genuinely useful technological research, but that is hardly the true intent of these people. You can’t do most substantial research without substantial funding, and even if you could you still need the journals and related resources to get the research out to consumers.

People like billionaire environmentalist Tom Steyer. Steyer lived a stereotypical corrupt elitist life. As a young man he attended Phillips Exeter Academy, then he went to Yale and Stanford. He is supposedly an expert in politics and economics and of course he is a Democrat. He likes to think his specialty is in energy. That’s why he personally supported Obama, Obama’s stimulus policy and his alternative energy plan including the likes of Solyndra.

Steyer was married by a Presbyterian minister and a Jewish Rabbi and his wife, also a Harvard graduate and so on, sits on the President’s Council for the United Religions Initiative.

You don’t become a billionaire by being a moron. Steyer graduated Summa Cum Laude from a top school in economics in political science. I don’t know why he would do this kind of thing, it seems he might owe it to some kind of twisted religious worldview, but I am convinced that he knows the kind of policies he is pushing will centralize and empower the government and destroy the economy. I am also convinced that he knows he is spreading the most blatant kind of politically motivated and misleading science when he becomes co-founder and leading donor of millions of dollars to NextGen Climate Action Committee which produces this kind of garbage: 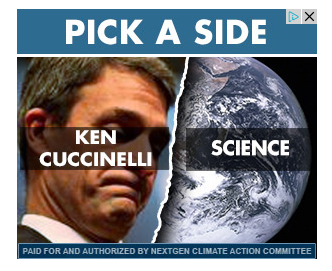 Leading to this even more misleading website. Have some limits man! Even for a corrupt liberal elitist that is absolute garbage. This climate change science is the perfect example of the mainstream, crony funded and flat out false science I am talking about. Al Gore is another guy like Steyer on this front. As Al Gore accepted his prize in 2007, he predicted, based on this crony science, that the arctic ice sheet could be completely melted by 2013. The area of the ice sheet has actually increased in size. Quite dramatically in fact. He was off by over 920,000 square miles: 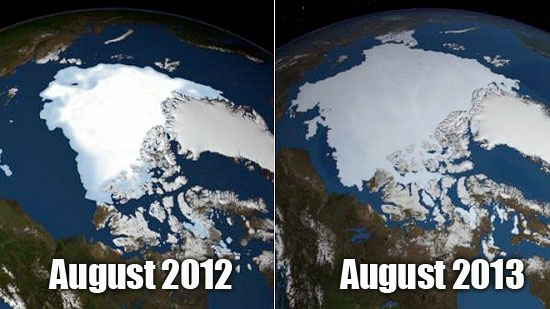 As I said before, you don’t become a billionaire by being a moron. You also don’t become as politically powerful as Gore by being a moron, despite the really striking evidence he seems to repeatedly present. Gore has tried to leverage this issue into justification for carbon regulation legislation such as cap and trade or simple taxes. Thankfully, it seems not to have worked so far in the US.

Virtually every policy from economic to security to immigration to everything has some kind of research supporting it. As much as you might like to think this is because the benevolent elites create policy wherever the inquisitive academics lead us, the reality is quite the other way around. The mainstream academic and scientific classes have been corrupted by the motivations offered by the elites. The education system, the scientific community, the fancy institutions, the lauded journals and the interesting myriad of official sounding government agencies are in large part all rubber stamp sham shops who simply do what they are paid.

The good news is that this is a problem which will soon be solved and there are things we can do to make this soon even sooner. I already mentioned that some of the money creates a beneficial leakage into actually useful technologies. The technology which results from this relatively small leak does a jaw-dropping job of leveling the playing field. Consider how the internet has empowered the average person to become really educated or how bitcoin has the power to free people entirely from the various corrupted economic systems of the entire world. It’s actually a bit hard for me to get my head around. While in the past the elites held real leverage over the common person the situation is rapidly changing. One day soon the average Joe will not be significantly less educated or wealthy than the class we now call the elites. I am forecasting a long run insignificant difference in wealth on real terms for you economics geeks out there, not income and not nominal values.

So we can wait for technology to do the trick or we can also get involved in the technology sector and try to do things that way. We can also realize that journals and peer-reviewed articles and books don’t matter nearly as much as accurate journals and books. We have the ability to simply and arbitrarily change our preferences as consumers. By changing popular demand we have the ability to really reduce the importance of modern mainstream science. We can ask our congresspeople to stop funding science and education. I know that sounds odd to some of the more politically moderate or leftist readers here, but the data shows that a combination of charity based education for the very poor and private and homeschooling for the lower middle to rich classes works better than public education. As for science, it is the private research and development done by private companies and universities not beholden to the politicians which create the best bang for the buck research. A further plus is that those groups usually aren’t interested in things like new weapons research. While we are waiting for public schools to shut down entirely, in the mean time we can get involved and try to engage in some curriculum and other kinds of reform.

Last of all we can spread the word. When I was a kid I was taught that readers are leaders but I have grown to realize that readers are much more like followers. To lead a change we have to be proactive and to that end I encourage everyone to read until you feel like you understand what’s going on, but to then go out there and write, talk and share your ideas. Just don’t bother pitching your new ideas to a peer-reviewed journal.