On December 9, I called for a short term bitcoin price crash. That is exactly what we are seeing:

I was prepared for a more severe USD/BTC crash, and it may continue, but it also may not go much further than the ~20% we have seen. Another sort of crash seems to be happening. From a USD perspective, it is a crash of opportunity cost. That is the crash of BTC/altcoin: 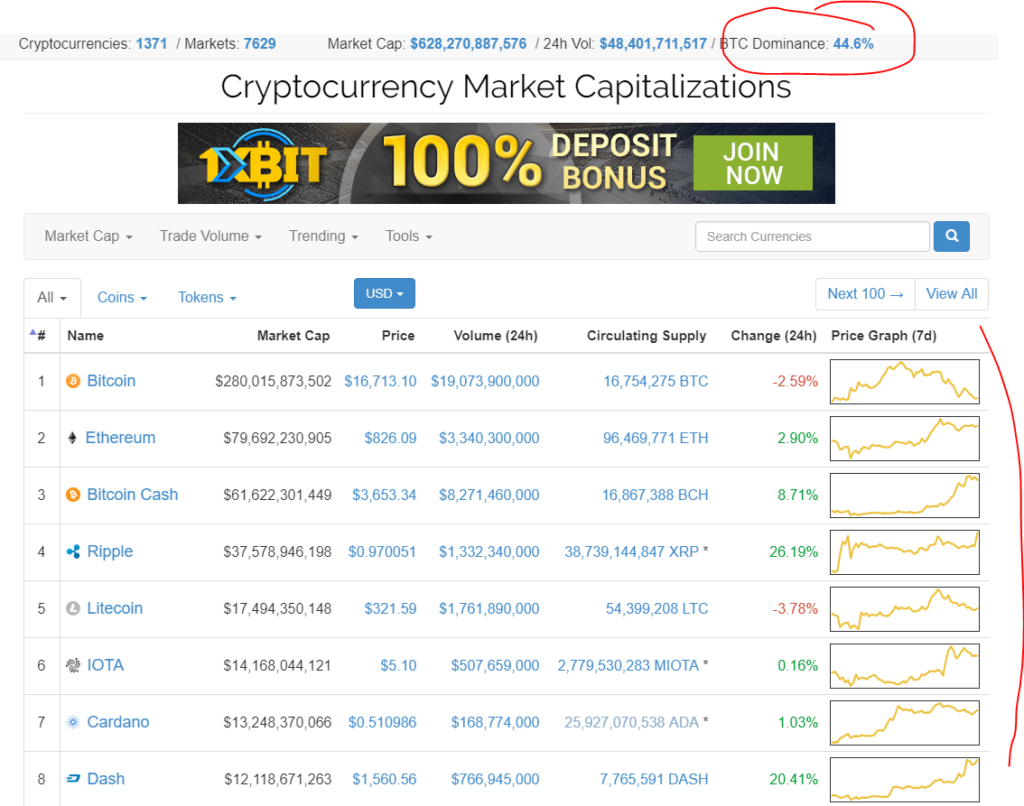 The major shift that no one is talking about, which happened only since the recent bitcoin price decrease, is the paradigm change from a bitcoin majority crypto market to an altcoin majority market. It’s not enough to note that bitcoin has gone down, we need to note that altcoins have risen, breaking correlation. The Bitcoin Cash situation is a conflating factor, but notice how:

Where’s the crash? If you had taken your money from BTC to alts before the crash you would have gained about 20%+ vs USD. Bitcoin went down by that much. This means there’s a bitcoin vs altcoin price adjustment of about 40%. If 20% is not crashy enough for you to call it a crash then maybe 40% is.

But by the way, a crash technically just means some significant decrease in price. So while some have poo-pooed the recent decline in btc price, let’s be clear: This counts as a crash in my book (although it may go further).

I see altcoins as continuing to represent the most promising financial opportunities in crypto.

1 thought on “The Odd Bitcoin Crash”