My friend shared the following meme on facebook (except I added “Get the full story at…”): 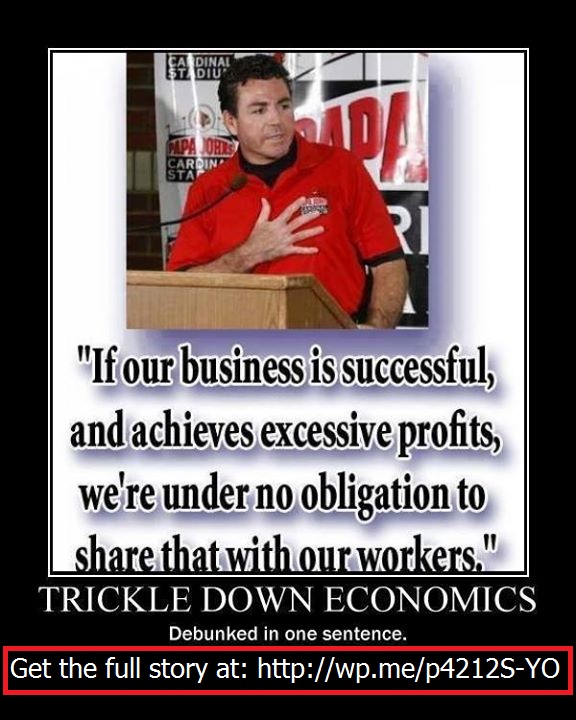 Consider the following response I gave:

Chris, do you agree that if they were forced to share profits then they might not have gone into business to begin with?

It could be that forced sharing of profits with the workers would make being a worker more profitable. If that were the case many people would prefer to be employees rather than going in to the risky business of entrepreneurship.

With less entrepreneurs, and less business to employ people, but with more employees demanding jobs, it seems to me that there would be a massive unemployment.