In 2013 I talked about how the planet would easily accommodate food and water for 9 billion people in 2040. In this article, I argue that the current Malthusian scare about running out of fossil fuels is equally overblown and unimportant. I also argue that climate change is not at all an important economic or political concern.

1 – We will likely never exhaust our fossil fuel

These estimates are incorrect. They ignore 4 key effects:

Peak oil was and is a lie. It was called in the 1970s, but new technology leading to better fossil fuel discovery, utilization, and efficient burning put United States output today at rates as high as it was during peak oil. 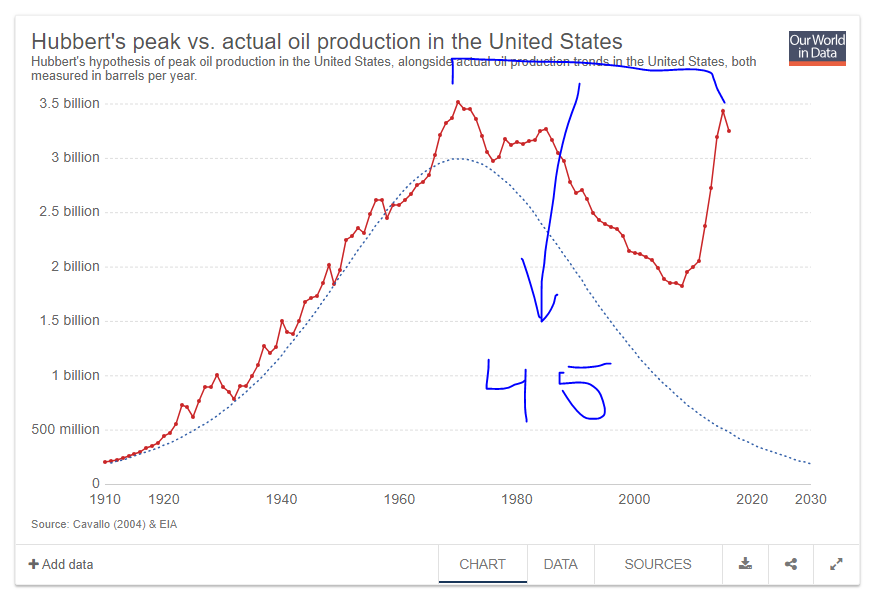 Notice that this 45 year gap is smaller than the alleged 50 year stockpile of existing fossil fuels. This means we could have another boom of fossil fuel discoveries and improved utilization before we run out, kicking the can down the road another 50 years. This is far from certain and dare I say unlikely, but it shouldn’t be a completely ignored possibility as is done with anyone putting the oil estimate at 50 years remaining.

How different was technology and the world 50 years ago? The internet didn’t exist, automobile fuel efficiency was a joke, and so on. Forecasts at such long range are difficult to do accurately.

Complicating the matter further is the fact that fuel consumption is endogenous. A 50 year time horizon is based on relatively constant usage, but supply and demand indicate usage will not be constant. As the supply dwindles the price of fuels will increasing. A higher price will drive down consumption and it will also create an incentive to use the existing supply more efficiently. This is not speculative. The Washington Post notes as much about the 2000s USA in Cars in the U.S. are more fuel-efficient than ever. Here’s how it happened.

The price of gas in the US grew extremely high from 2005 – 2015 and has recently dropped, but during that period we see the fuel economy of cars being spurred, for the very reasons outlined above. While the price of oil has recovered, the technological progress achieved in that time has not reversed. Fuel-efficient cars and even electric cars are taking over, and we see additional gains in the near future with such trends as Tesla’s affordable Model 3, self-driving cars, and even flying cars.

In addition to fuel-related technologies, alternatives such as wind and solar saw gains. Not only did the price endogenously create an incentive for technology, consumers also reduced consumption in the face of higher prices.

If you think the point I’m making is that 50-100 years underestimates the lifespan of our existing fossil fuels, you are both right and also missing the point. I don’t think we will ever exhaust our fossil fuels, including oil. Electric aviation is set to become a thing over the next decade. Aviation and motor transportation are the main uses of oil. Europe consumes finished gasoline about 33% as much as the US, and their consumption has been declining as well. USA consumes about 9.32 million barrels per day, so USA + Europe is about 12.5 million barrels per day, which is more than half of the world’s production of about 22.5 million barrels per day. Keep in mind that world production is increasing, not declining. About one-fifth of USA car sales in the are projected to be all-electric by 2025, and Europe will be no doubt close behind.

Soon we will be faced with way more finished gasoline than we need. There is no oil problem. Now, this does leave the coal problem, but we have more than 100 years to deal with that, and it is becoming less of a problem each day. Just like with gas, coal is being more efficiently used over time, it’s burning cleaner over time, and new coal deposits are discovered over time. In addition, alternative fuels such as wind, solar, and nuclear are being increasingly utilized to displace coal. From 1990 through 2014, energy from renewable sources grew faster than the total primary energy supply (TPES). In other words, the energy market is became increasingly based on renewable sources, particularly wind and solar.

This trend hasn’t slowed down. Renewables outpaced non-renewables in 2016 and Solar PV energy alone grew faster on net than coal. Don’t worry about the developing world either. Non-OECD countries consume around 75% of all renewables. Because of the use of wood as an energy source, for example, nearly half of all energy in Africa is renewable. China has also been called the undisputed leader of renewables.

2 – Climate change is not a problem to be solved 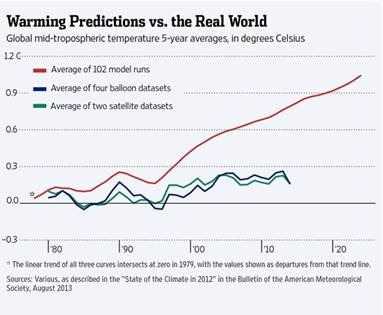 1 thought on “The Energy Conversation is Overrated”