This is the release of my highly relevant initial Bitcoin technical analysis.

Now on to the data. The following model was yielded from comparative model testing using a selective data set:

Where Block is the block number of the most recent block mined and Price is the price in USD of a single Bitcoin.

In the data set used the model achieved an Adjusted R^2 of .993, an F-value of 1199, a standard error of .07 and all input variables were of exceptional statistical significance and integrity (p < 6E-10). Data sources are included in the linked picture. Gnumeric was used for calculations. Here is an overview of all the models surveyed:

Major theoretical factors were time and money supply. Price and value will change over time as information of the product spreads across the market. Money supply determines value per unit according to the quantity theory of money MV = PQ and due to defined valuation of a single unit as a claim to a share of the value of the whole economy. More shares for a particularly valued economy means less value per share.

Bitcoin software includes block formation processes which record inherent in every block a proxy of time and the money supply. The Block Number indicates approximate time as the process self-adjusts in an attempt to allow one block mined per 10 minutes of real time. My personal calculations showed that this process was significantly flawed but that is for the next analysis article. The flaw was significant enough to worth noting but minor enough that modeling based on the Block Number input variable was statistically superior to modelling based on a combination of time and estimated money supply.

Finally, here is the regression output itself: 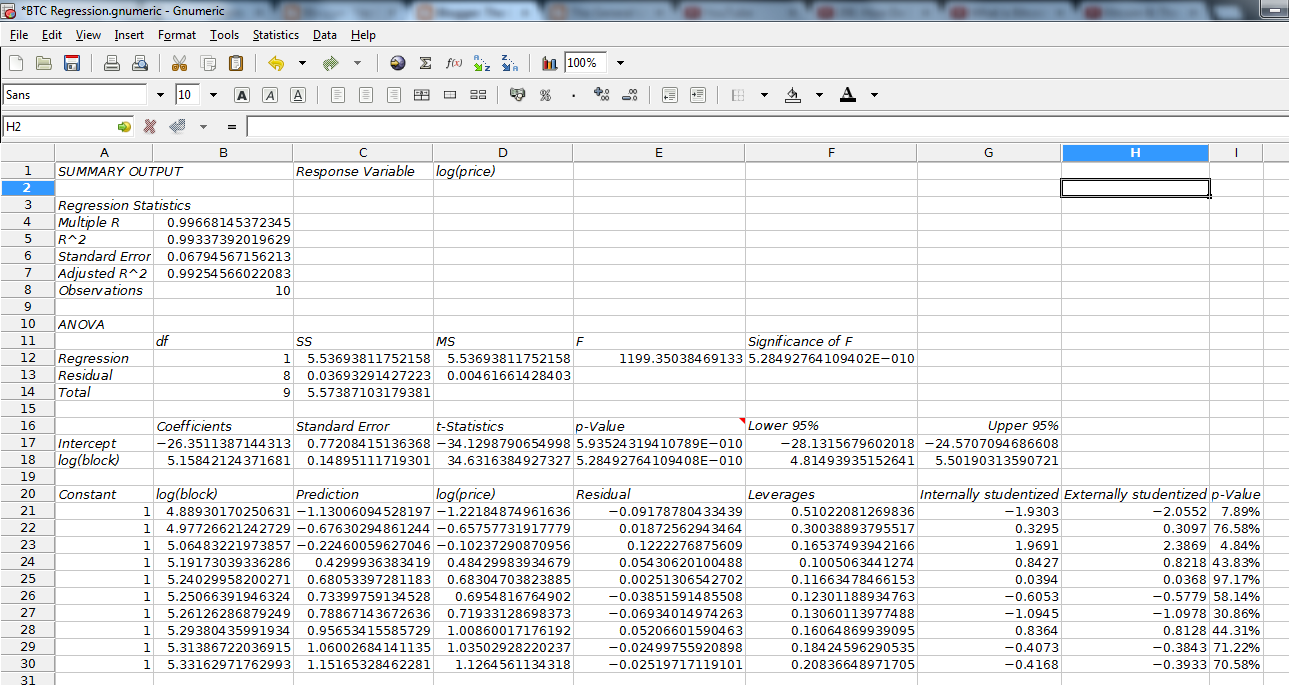