Bitcoin will easily double in value by year’s end. It’s on the blog now its an official prediction. I don’t have time to go over the calculations but just look at the damn graph its pretty obvious (from coinbase.com/charts): 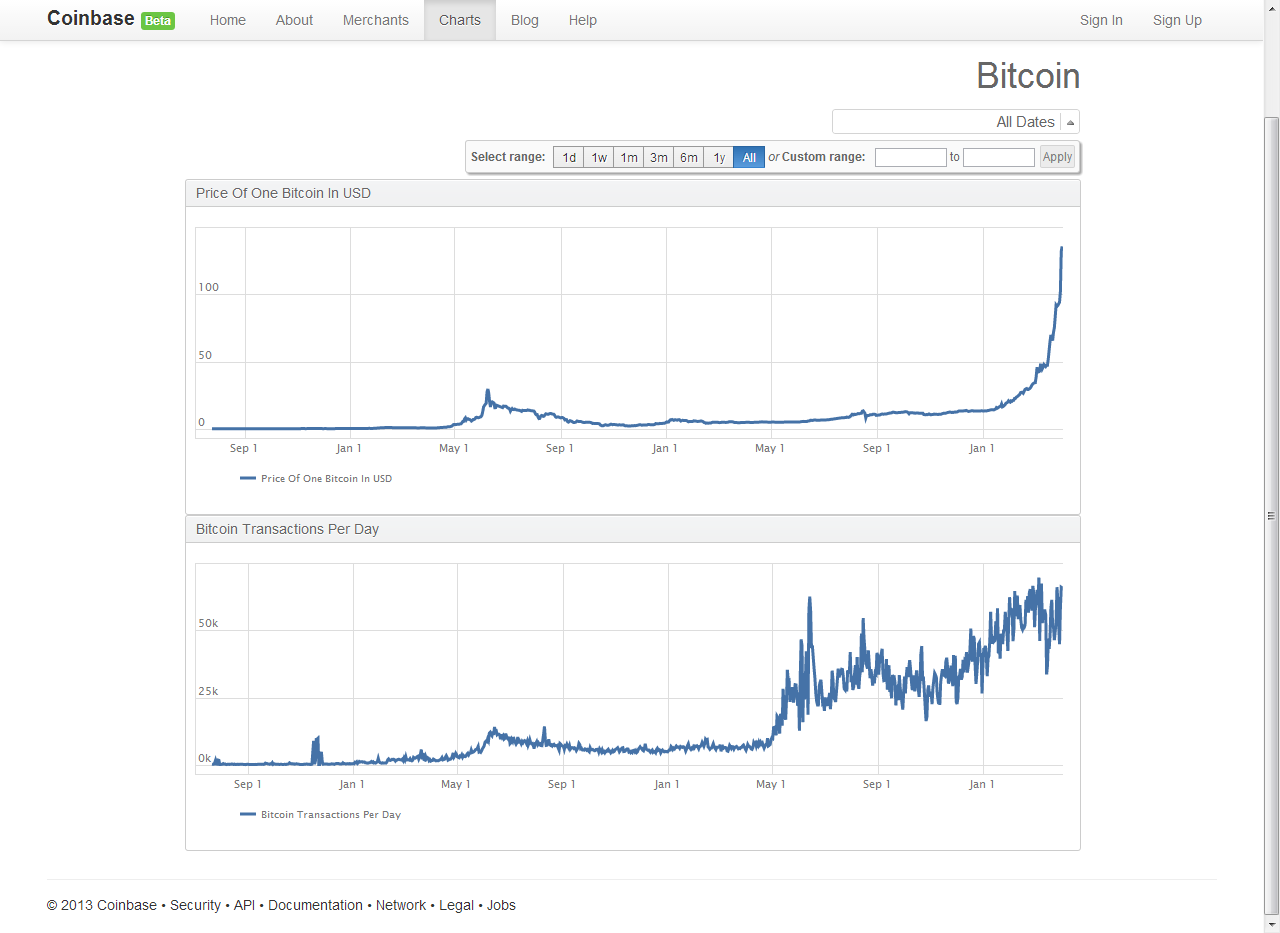 Yes my predictions are conservative. So what. Haven’t been wrong yet. Better conservative than wrong.

According to Google’s Public Data service, World GDP is well over 70 T USD by now, probably just over 75 T USD:

According to this rough model the world will have about 100 T economy 10 years from 2011. Let’s say bitcoin only gets 1%…It would be a trillion dollar economy.

Bitcoin can capture even more than that in the long run but we are in unfamiliar territory. Bottom line?

“Invest in seven ventures, yes, in eight; you do not know what disaster may come upon the land.” Ecclesiastes 11:2.

Bitcoin should be one of those ventures. We recently passed the 1 B mark. According to that rough but conservative model the bitcoin economy is heading for the 1 T mark. This indicates that bitcoin still has major returns on investment to be had over the next 8 years. Ceteris paribus, if the model is correct we are looking at a price of about $92,000 per coin in 2021. Knock some of that out due to inflation from mining and knock a bit more out for kicks and giggles just to be on the conservative side and let’s say it’s only $9,200, or 10% of our estimate. (BTC crossed the 1 B mark when 1 coin was worth about $92.)

Like most growth curves, I expect that the growth will be explosive at first and level off later. It wouldn’t surprise me if we hit $2,000 per coin by this (2013) December.

For the record that’s a bit sensational and not well mathematically backed. In other words I’m not actually making that prediction. I am only showing you a possibility. However I am highly confident of the price doubling by year’s end.

Now have a video since I always have a video and I haven’t posted one yet. Jon Matonis is a genius writer for Forbes magazine and is a bitcoin information authority. This video is just a flat out great update on bitcoin since the events in Cyprus and he also addresses the bitcoin vs gold and bitcoin vs austrian theory questions: