This article is part 2 of 4 in a series on the preference elasticity of demand.

This article will include the following:

The subsequent article will refine the explanatory assignment using elasticities, similar to the deduction of tax incidence from elasticity. Analysis in terms of elasticities allows an apples-to-apples comparison of similar events with different magnitudes. The total quantity explanation is easier to understand for the layman, but it is not very analytically useful.

Gains to Utility from Preference Shift

It begins with an ordinary budget constraint and a utility curve, describing an individual according to the standard approach: 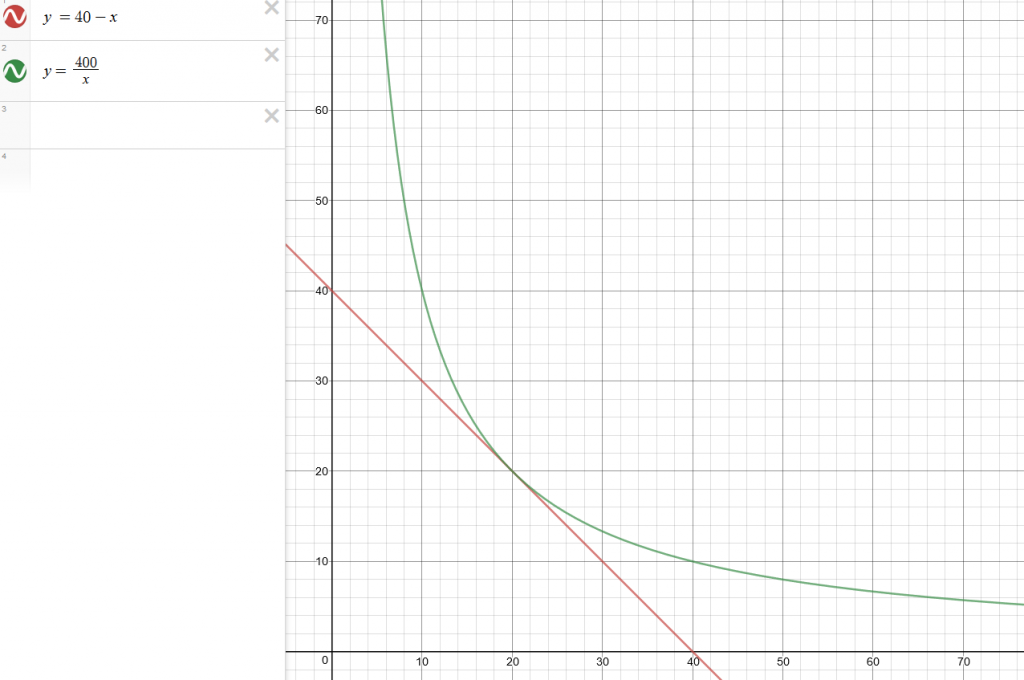 At some time the individual’s preference function is modified such that the demand for Y is multiplied by 10/X.

Notice that this is an exponential change. If the shifter had been a constant multiplier, the individual would ultimately select the same basket, albeit with a different level of utility. We could have altered the relative preference with a constant shifter, but that seems inappropriate since it would entail utility in some good even without consumption of any quantity of that good. An exponential shifter seems to be the only appropriate way to denote a change in relative preference, without which utility may fluctuate, but not in a way discernible from changes to quantities demanded.

Here the Preference-Substitution Effect is demonstrated. The individual substitutes 10Y for 20Y, while maintaining a constant level of utility. This is possible now that the individual values each unit of X more highly. 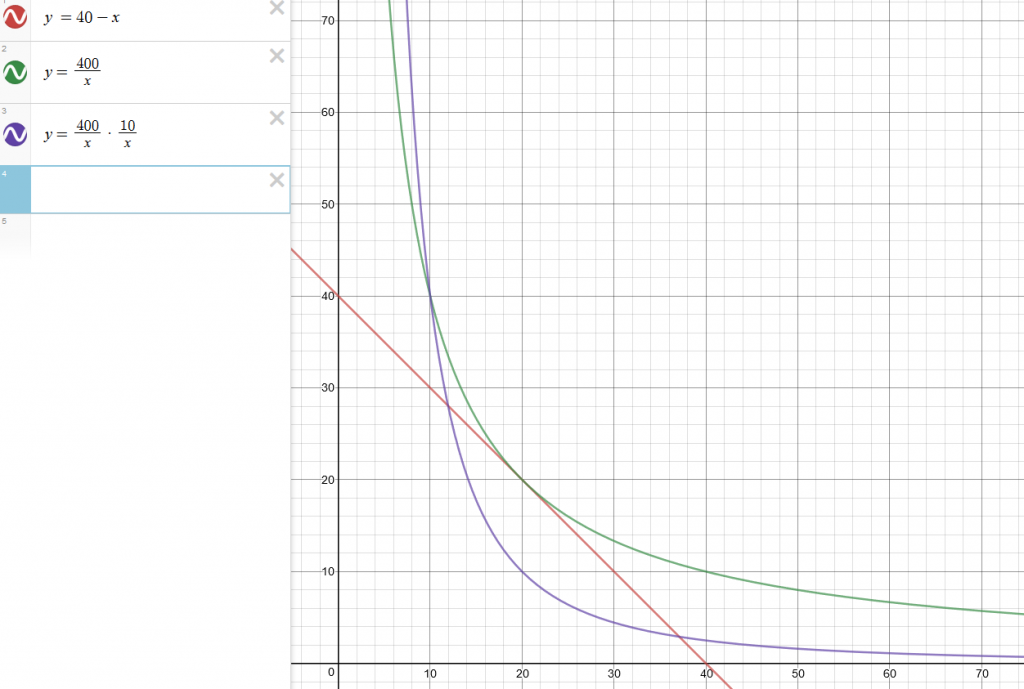 Having substituted 10Y for 20Y, the individual is now below their budget constraint.

By shifting their own preferences, the result is as if the individual had received additional income. This individual is now free to consume additional units according to their new utility function.

Here the Preference-Income Effect is demonstrated. The individual shifts the new utility curve outward in parallel fashion until a tangent bundle is observed and consumed.

Notice that this entails a gain to utility by the fact that the individual has increased the quantities consumed of both goods in comparison to the optimal basket affected only by substitution. 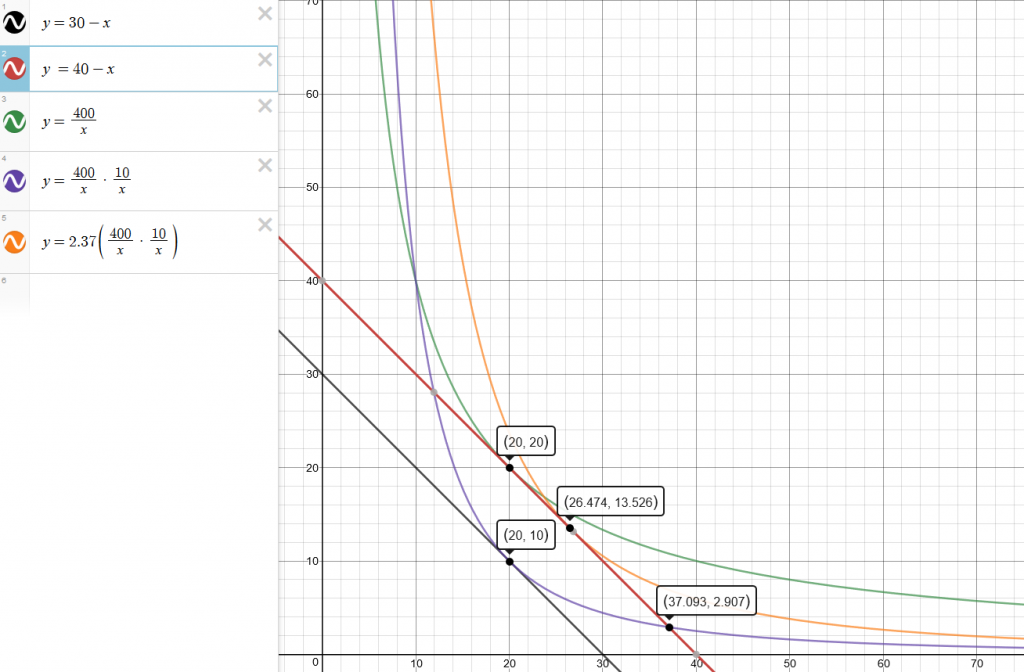 The first thing to note about simultaneous change in price and preference is that they do interact, and they can completely offset one another.

The easiest way for this demonstration to occur is to let the change in price exactly entail the absence of a Preference-Income Effect. We can refer to the most recently used image and see that this would be represented as a simultaneous 25% increase in the price of both X and Y.

One might be tempted to say, then, that preferences alone explain the shift down, and the price change serves no purpose except to preclude the preference-income effect. I would propose that a better analysis identifies only the absence of a classic substitution effect, due to the parallel shift in the budget constraint, with explanatory contributions from the other 3 effects possibly involved, even though two of them offset one another. 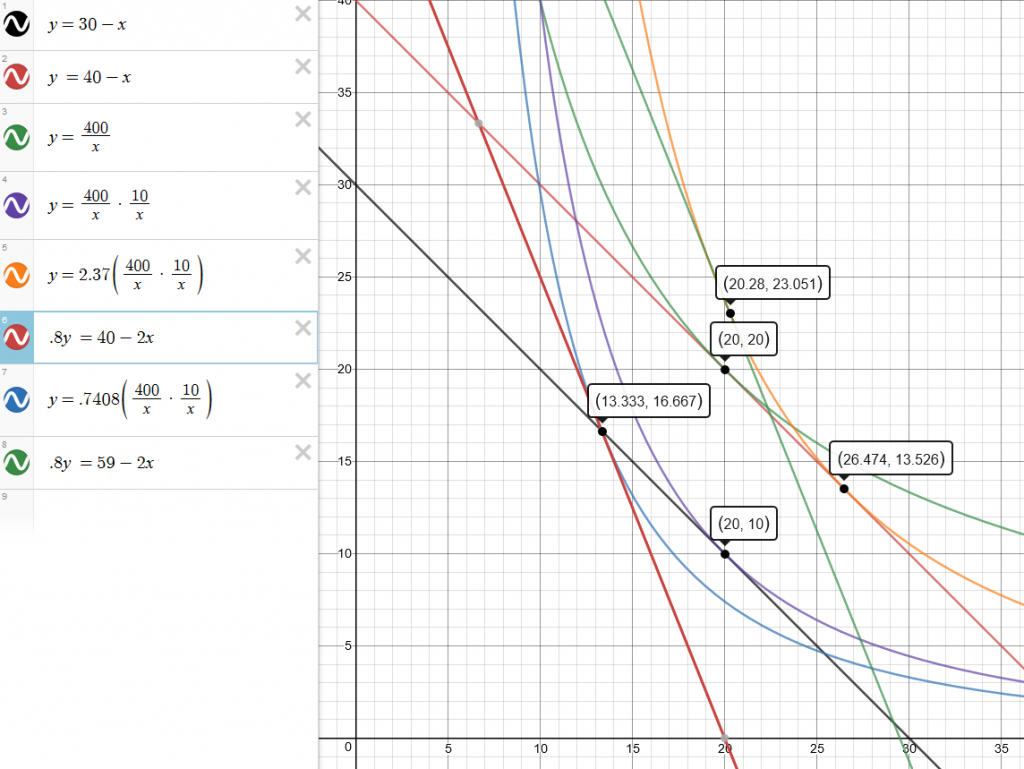 In this case we can view all four effects. The preference-substitution effect decreases Y by 10 from the original equilibrium position, while the preference-income effect increases 6.47Y and 3.53X. The substitution effect is shown in the move along the outermost orange utility curve to a tangency on the green compensated budget constraint. The size of the effect is a reduction in 6.19X and an increase in 9.5Y. The income effect is observed in the difference between this point and the uncompensated optimum at about (13.3, 16.7). The income effect amounts to a reduction in 6.95X and 6.4Y.

When we assign quantity by factor we can discriminate the factors at the effect level, which we just did, or we can discriminate at the determinant level. We can also express the explanation as a percent of the total change as opposed to a quantity. Note that the total change is the maximum range of each parameter, not simply the net change on each parameter.

We will conclude by expressing the determinant-level percent of explanation: